When you face criminal charges for any infraction, finding a skilled attorney to represent you in court should be your top priority. Felony and misdemeanor convictions will be present on your criminal record for years to come. However, depending on the severity and type of infractions you’ve committed, you have the opportunity to get these convictions expunged from your record. From simple misdemeanors to felonies, expungement of criminal offenses from your record is possible—but you’ll find that representation from a seasoned attorney is crucial.

With representation from the Law Offices of Conor Bell, you have access to the best attorney in Nevada County, well-equipped to help you expunge your record. Navigating the appeal process for expungement can be daunting, especially when you consider the life-long impact a criminal record will have on your future. Finding a California expungement attorney can be the difference between freedom from scrutiny and a lifetime of dealing with the consequences of your past decisions. At the Law Offices of Conor Bell, helping you clean up your record is the top priority of our Truckee record clearing attorney.

How Does Expungement Work?

In the state of California, after an individual has pled guilty and served jail time or probation to satisfy their sentence, they may become eligible to apply for an expungement of their criminal record. More specifically, Section 1203.4 of the state penal code dictates that a year after the completion of your sentence to the full extent mandated by the court, you may become eligible to have your record expunged. After proceeding through the expungement application process with your criminal defense attorney, these charges will be stricken from your criminal history and separated from your public profile.

Expungement essentially involves requesting that your previous guilty plea be withdrawn, and the resulting case dismissed after the fact. In this way, expungement completely nullifies the conviction, as if the crime never occurred in the first place. A skilled Truckee expungement lawyer can help you complete all portions of your petition to expunge, including reducing your charges and petitioning for an early end to your probation period to expedite your case.

What Are the Reasons for Expungement?

Just as criminal convictions are diverse in nature, so are the reasons for expunging your criminal record. Our clients choose expungement for many reasons, ranging from the alleviation of personal shame and embarrassment to more logistical purposes such as avoiding employment, education, or housing discrimination. On certain job applications or higher education admissions, a criminal past may bar you from consideration, which can make securing employment or an education exceedingly complicated.

Expungement allows you to continue with your life without the conviction on your record. In the future, if a background check is performed on you for a job application, education application, or housing application, you will not have to disclose that the crime occurred, and it will not be visible to most reviewers. In this way, expungement can prevent prior convictions from following you in your future endeavors.

Is It Better to Expunge or Seal a Record?

Mistakes happen, and ensuring that your past criminal behavior is separate from your future prospects is important to getting on the path to success. The two main vehicles that prevent your criminal record from affecting job and housing prospects are expungement and sealing your records. Although similar in intent, expungement and sealing your record are much different in practice.

In the state of California, the type of crime committed, probation time served, and the severity of the offense all contribute to the complexity of the expungement process. For example, driving while under the influence (DUI) convictions are considered misdemeanors, and upon completion of your probation, they can be expunged and removed from your record. After expungement, the records are not viewable for general law enforcement, most employer background checks, or even general court use. However, in exceptional circumstances, a court order for a federal job, a job that requires you to hold a public position, or a position of trust (e.g., a teacher, doctor, pharmacist) may result in the proper authorities viewing the expunged record.

Sealing your record, on the other hand, is the process of making your arrest record private—which has the same effect as destroying the record entirely. In California, true record sealing can occur:

During a simple background check, a sealed record can hide your criminal past in the same way as expungement. However, a court order can reveal the full contents of a sealed arrest record.

The best choice for ensuring that any past convictions or offenses will not hinder your future aspirations is expunging your record. Although seemingly more work, the expungement process completely removes the charge from your criminal record. By completely removing your past convictions or charges from your record instead of just making them untraceable, you can proceed with the knowledge that your past will not follow you into your future. 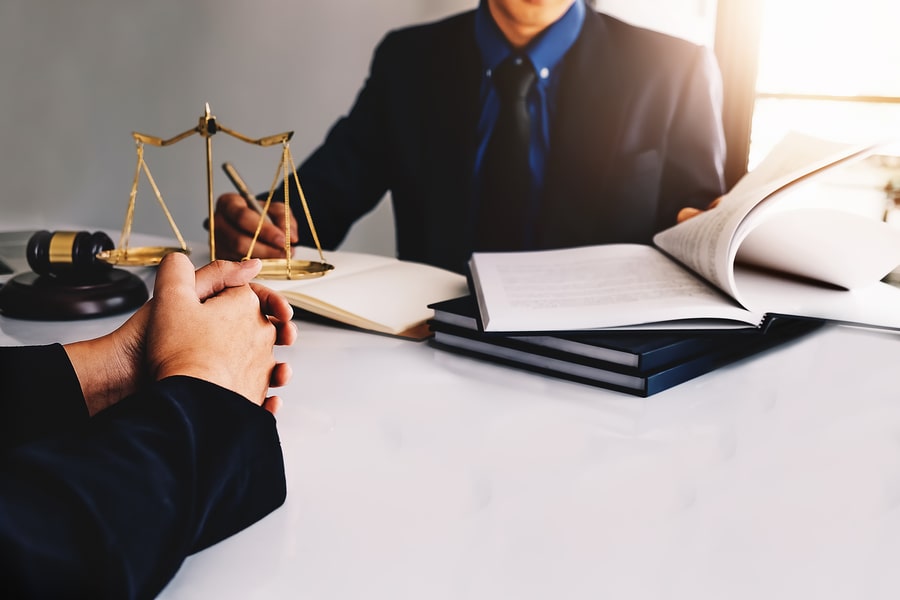 Can You Pass a Background Check with an Expungement?

California’s ban the box law, now known as the California Fair Chance Act, is a statewide statute that eliminates employment restrictions for previously incarcerated individuals. The act bans introductory questions about criminal records during the first round of applications. After the initial round of applications, employers are legally allowed to perform a background check on prospective applicants to back an employment offer.

Expungements are aimed at removing prior convictions from your criminal record. Whether your offenses are minor convictions or felonies requiring jail time, an expungement removes a portion of your criminal record in the hopes that it will not impact your life. Because of the permanence of record expungement, your previous criminal charges are nullified. When a background check is administered for you and your information, these expunged charges will not be uncovered, meaning that you have a good chance at passing a background check.

However, it is important to note that employers may still find traces of your arrest history online, even after expungement. News reports, various listing sites, and other archived information may still reveal your criminal history. However, as mentioned, employers cannot use your background to unfairly discriminate against you during the early stages of the hiring process.

Can I Get My Record Expunged?

According to California’s expungement law, Penal Code 1203.4, certain crimes can be appealed and expunged by the state. The law is complex, and determining how much of your criminal background can be expunged is one of the most important steps in deciding whether expungement is right for you. Whether convictions can be expunged depends on a number of factors, including probation status, incarceration status, and the type of crime committed.

To expunge your record and begin with a clean slate, you’ll need guidance from a skilled Truckee record clearing attorney. Fortunately, finding a top-notch California expungement attorney in Nevada county is easier than ever with the Law Office of Conor Bell. Bell’s years of experience with California expungement and record clearing can ensure your expungement petition proceeds smoothly, leaving you with a clear record and a successful future. Contact us today to request a consultation.